What to See Your First Time in Paris

We all hear a ton about Paris; everyone loves Paris. It consistently ranks as the most visited city in the world.  For those reasons, I was NOT excited to go to Paris. In my mind it was already overrated and played out, and everyone that was singing its praises had to be doing it just to fit in.

Everyone said that Paris is known for being extremely beautiful, historic, romantic, and the center of world culture, food, and art.

I had a friend working in Paris that kept inviting me to visit and promised to play tour guide. I hesitated at first, but eventually relented, knowing that I was going to go looking for confirmation that Paris wasn’t great.

I WAS WRONG! Paris is the perfect place to get away to and enjoy an amazing trip.  The reasons people cited for the city being so alluring were 100% correct, but there was even more of a draw that I couldn’t understand until I was there.

This post only begins to scratch the surface of things you can do in Paris.  It names some of the most popular spots, but obviously does not include everything.

Below are 10 of the top attractions that make Paris so iconic, but know that the draw comes from so much more as well.

Let me know in the comments what you would add to the list!

10 Things You Have To See Your First Time In Paris

Big shocker to see this one on here right?  The Eiffel Tower is often shown as a symbol of Paris, France, and sometimes even Europe as a whole.

Even though it is a cliché, you have to go and see why millions flock to this romantic wrought iron tower each year.  It’s worth a quick visit even if you don’t ride the elevator up, or eat in one of the mid-tower restaurants, especially if it is your first time in Paris.

At one point it was the tallest man made structure in the world, and even though it doesn’t have that title any more, it still provides great city views from the top.

You may also be interested in: Best Places to Visit in Paris in 2 Days

The Arc de Triomphe, or triumphal arc (I didn’t know triumphal was a word in the English language until looking this up) is another iconic symbol of Paris.  It would probably be even more prevalent if it wasn’t for the Eiffel Tower.  Napoleon commissioned this edifice to help brag about his military accomplishments.

The Arc is massive; to most people it appears much bigger in person than in pictures.  It is immensely popular and situated between 12 intersecting streets, so don’t expect some quiet time to inspect all the generals names inscribed in the Arc to yourself.

Versailles is a palace that literally took my breath away.  I feel like I didn’t really understand opulence and luxury until seeing it, and this was even before I understood some of the historic events that took place there (for example, the treaty that ended WWI was signed there).

This sprawling chateau previously served as a royal residence, but originally started out as a hunting lodge. Yes, you read that correctly, this exquisite estate was at one point a hunting lodge. I’ll admit I don’t know much about hunting, but this is not what I imagine a hunting lodge to be!

Versailles is located just outside of Paris, but is still accessible by public transportation. The palace and the gardens are each worth your time.

The Louvre is the world’s largest museum, and easily arguable as the world’s most famous museum and houses so much more than the Mona Lisa.  Originally, the Louvre Palace was a fortress, but as time went on it was expanded considerably and recommissioned as a museum.  It houses over 35,000 works of art that are said to be worth between $50-$100 billion dollars (or priceless depending on who you ask).  It serves as a central landmark in the city, and is 100% a can’t miss, even if you aren’t the artsy type.

Skip the lines and purchase your ticket to the Louvre Museum in advance here.

This medieval Catholic cathedral is also historic and world famous.  Almost 200 years of construction were finished in 1365, so it’s fair to say it has been around for a while.  It is a great example of gothic architecture, and the inspiration behind The Hunchback of Notre Dame. It still is a catholic church today, but aside from church services you can visit the crypt or climb to the top.

Only have a few days to spend in Paris?  Read our 2 Day Paris Itinerary here.

The Luxembourg Palace previously served as a royal residence, but now houses the French Senate.  The palace only offers tours by reservation, but most people only visit the grounds.  The grounds are made up of over 60 acres of perfectly maintained lawns, flowers, statues, and water features.  The gardens are opened year and are free to tour.  They are a perfect place for an afternoon stroll.

This complex of buildings is dedicated the military history of France.  It features a military hospital, retirement home for veterans, church, and museums detailing tons of military endeavors by the French.

It also includes the burial grounds of many French war heroes.  Yes, France’s most famously short of stature, but in actuality probably not that short in stature Napoleon Bonaparte is buried here.

Only in France would a military hospital be as beautiful as this!

This Catholic church cannot be missed, even from far away.  This due to its amazing design and the fact that it was built on the highest point in the city.  I learned that a basilica is a building with special privileges granted to it by the Pope.  Even though this building doesn’t have those special privileges granted to it, it is called as basilica minor because of its beauty and prominences.

Disneyland Paris was previously known as Euro Disney, but recently had its name changed.  Even though many locals dislike the theme park (even calling it “cultural Chernobyl”) the park has become one of the most visited tourist attractions in Europe.

If you love the Disney parks in America, then you are likely to love the one in Paris as they go to great lengths to maintain the Disney brand.  Interestingly enough, Euro Disney was almost located in Spain, but ultimately the Paris location was selected due to the already existing draw of Paris and its central location within Europe.

Skip the lines and buy your ticket in advance here.

Palais Garnier is an incredibly famous opera house.  It is so famous in Paris that the locals often call it “the opera”.  Even though I’m not a big fan of opera, the Palais Garnier is on this list because of its absolutely amazing architecture.  The intricate details outside and in can keep your eyes glued for hours.  Even though it is still used for shows today (predominately ballet) free tours are still available, though the guided tours are recommended. Also worth noting is that this opera house was the inspiration behind “Phantom of the Opera.”

Thank you so much for reading and following along.

Hover over the image below to Pin it for later! Keep scrolling to read more of our top Paris posts! 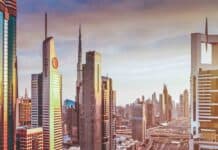 18 of the Best Skylines in the World

ABOUT US
From spending 4 years bedridden to traveling the world. Helping you discover the world!
FOLLOW US
© avenlylanetravel 2022. All rights reserved.
283.3K shares