Doha is the capitol of Qatar, a small country in the Middle East. The city of Doha has more people than the rest of Qatar combined.

It is known as a mini version of Dubai due to its futuristic architecture and similar expatriate-majority demographics.

Doha Guide: What were covering…

Where is Doha, Qatar located?

See Doha on Map below.

Things to know before visiting Doha

Dress code – Make sure to check the dress code before visiting.

17 Best Things to do in Doha

Go on an epic Dune Safari

Here are the most popular Dune Safari tours:

One of the best places to visit in Doha is the Souq Waqif.

Villaggio Mall is a shopping mall located in the Aspire Zone in the west end of Doha, the capital city of Qatar. It is located on Al Waab street between the Hyatt Plaza and Sports City and has over 200 stores, including many famous brands in the U.S., U.K., Italian and German markets.

The Khor Al-Adaid area, also known as the ‘Inland Sea’, is located in the south-east of the State of Qatar.

This is the tour I recommend booking.

Visit The National Museum of Qatar

Low angle elevation view of the National Museum located in the capital city of Qatar, Doha. Opened to the public in the year 2019, the structure of this museum has been inspired by the desert rose found in Qatar.

Go Cycling on the longest continuous cycle path in the world

The Olympic Cycling Track in Doha holds a Guinness World Record for being the longest continuous cycle path in the world, which is 33 kilometres long. Created by Ashghal, the public works authority in Qatar, the track was completed in 2020. It runs through 18 underpasses to ensure uninterrupted movement.

The track also holds the record for the longest piece of asphalt concrete laid continuously, with a length of 25.3 kilometres.

This Man made Island in the state of Qatar is built as a luxurious symbol. Offering luxurious brands and showrooms of RollsRoyce and Ferrari, this place surely will amaze you with the view.

The Burj Doha is one of the most iconic buildings in the West Bay. It even won the honor of being named the best tall building in the world in 2012.

Designed by French architect Jean Nouvel, the 46-storey tower has a number of unique features you might not have noticed. First off, the building has no central core, and became the first skyscraper to use internal reinforced concrete diagrid columns, which blend in with the building’s façade.

The façade itself, alongside being beautiful and a reference to the ancient Islamic design Mashrabiya, protects the building from the sun, and varies in density around the building depending on where the sun hits it. That’s all pretty amazing, but we’re mainly fans of the building at night, when it lights up.

MIA park offers spectacular view of Doha and is spacious enough for social distancing. Since Qatar is a hot country walk in a park is the best early in the morning. Getting up early in the morning rewards you after walking to the tip with spectacular sunrise! Descending planes towards the airport over the sun rising add to the experience. Plenty of parking helps and there is always a little breeze from the gulfs to cool things down.

It is a good idea to be aware when traveling to Qatar of any holidays you might hit while you are there. For example if you are there during Ramadan you won’t be able to eat outside for the entire time you are there.

Ramadan is when Muslums fast from dawn until sunset. During this time Muslims refrain from consuming food, drinking liquids, smoking, and engaging in sexual relations; in some interpretations, they also refrain from swearing. 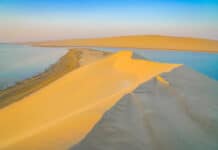 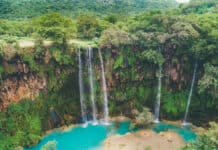 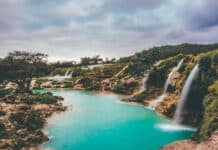 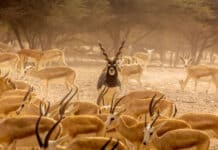 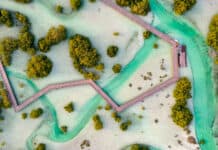 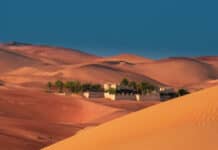 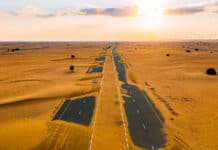 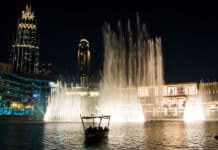