So many people are petrified of traveling to the Middle East. I think lots of this fear comes from unfamiliarity with the culture and isn’t based in reality (at least as far as Qatar is concerned).

There are definitely places in the Middle East you should avoid traveling to due to safety concerns, but currently Doha Qatar probably isn’t one of them.

There are some unique things to be aware of that could make you uncomfortable, but as long as you know what is in store you don’t need to worry is Doha safe? Also, since Doha is by far the biggest and main city in Qatar you can usually use both interchangeably for this purpose.

There is almost no crime in Doha, including violent and petty crime. If you check the US State Department’s website you will see that Doha ranks in the safest category.

In fact, Qatar ranks safer than a lot of other countries you are probably quite comfortable visiting.

For comparison purposes, according to the US State Department it is just as safe to visit Canada as it is to visit Qatar.

Is Qatar Safe For Women?

As a female traveler you may wonder, is Doha safe for women? Again, the answer here is generally going to be yes. I never once felt ‘weird’ or uncomfortable while there.

Even while traveling without my husband in a country that has way more men than women. (3 men for every 1 women)

One thing that CAN make some women feel uncomfortable is the sheer amount of men in the country. Given that a staggering percentage of the population is made up of male foreign workers, this skews the ratio. There are 3 men for every 1 woman in Qatar.

The men in Doha aren’t unsafe in any way, just know that there are going to be more of them.

Read more on Doha: 27 Best Things to do in Doha

I’d seen it reported that women needed a male escort to get around the country. This isn’t true. I found that while most women travel the country with men, I had no problems going out by myself.

Of course, you do need to make sure to follow their rules in dressing modestly (more on that below). While in Doha I received less catcalls and no gropings, which I definitely can’t say for many other places across the globe.

There are Very Few Locals

The Qataris are great, but there aren’t actually that many of them in Qatar, and while there you are likely to run into way more people from elsewhere.

The entire country has about 3 million people, but of those only about 300,000 are actual Qataris. The rest are foreign workers and tourists.

The foreign workers we spoke to in Qatar were some of the most friendly and humble people ever. Most seemed to be from south Asian countries like Bangladesh, India, and the Philippines.

The foreign worker program has received a lot of negative press for providing poor working conditions. There were issues with workers not being paid, living in horrible conditions, and being restricted from going home.

The country says that most of those stories come from a few bad employers that were addressed, but it is something that they continue to improve on.

The one thing I can say after asking a number of foreign workers directly I was shocked that they said they felt it was a privilege to be there, and that those horrible situations were the minority of workers and were being addressed.

My Biggest Concerns in Doha

There are a couple of things that you actually should be a bit scared of in Doha, though they probably aren’t what you think.

Overheating! Yes, the heat can legitimately be sweltering. Make sure you plan ahead of and have plenty of water and sunscreen. During the summer months plan to spend as little time outside as possible.

Fast taxi drivers. I loved that the taxi drivers were assertive and trying to get me to my destination as quickly as possible, but at times I had multiple drivers make me feel like they were going too fast and a bit too reckless.

Just because the country is safe doesn’t mean you will be comfortable as a visitor. There are rules that you will want to be aware of and follow. If you comply, you are very likely much safer there than at home.

Also, if you are caught breaking their rules then you are likely to be kicked out of the country rather than some other type of punishment.

While some of these rules are antiquated the country has made a lot of progress and I believe it will continue to as more and more westerners visit.

If you want to visit Qatar then the country would love to have you, and you are very likely to be safe while there. You may not agree with everything that the government does, 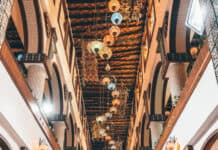 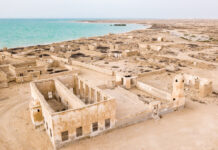 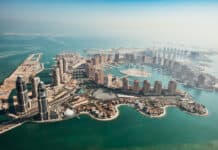