You do not have to look very hard to find waterfalls in Iceland. They are literally everywhere; while driving around the island we unexpectedly ran into amazing waterfalls we didn’t even know were going to be there!

So why are there so many waterfalls in Iceland?

A perfect storm of geography make Iceland the ideal site for the creation of waterfalls. Some of these include melting glaciers, mountains, volcanic rock, and minimal plant life. One really unique feature that can cause new waterfalls to temporarily form are the bursts of rain and snow. (We were there in November/December and it rained or snowed at least part of each day)

The weather is truly crazy in Iceland, one minute it will be sunny, the next minute you will be caught in a blizzard! This and other elements help create some of the world’s best waterfalls, and when summer hits and the glaciers start to melt, they get even better.

This post separates the waterfalls into regions North, South Coast, West, and the Westfjords (a large peninsula in the northwest part of the island). It is important to note that when most people go to Iceland, they  spend most of their time in the southwest. (Our post on the top 10 spots to visit in Iceland are all located in the southwest).

Some of the places in this region are Blue Lagoon, Vik, some popular ice caves, a ton of national parks, Reyjkavik, and the international airport. You can check out that post here.

Let me know which Iceland waterfalls you have been to, or want to go to in the comments below!

What to Pack for Iceland

The Best Waterfalls in Iceland by Region:

Godafoss, pronounced “GO-thuh-foss” (Never would have guessed that one, but I found out I am terrible and pronouncing anything Icelandic) is a one of a kind Icelandic waterfall. It is located on the north side of the island not far from the Lake Myvatn and the ring road.  If you drive the ring road in Iceland (popular trip) this will be one of your must see stops.  This horseshoe shaped waterfall comes in at over 98 feet wide (30 meters) and 39 feet high (12 meters).

Dettifoss is located in Vatnajökull National Park in Northeast Iceland. It is the largest waterfall in Europe in terms of water flow, and is said to be the most powerful as well.  The falls drop 150 feet (45 meters) and are 330 feet wide (100 meters).  The power of this waterfall not only comes from its size, but its water flow. Dettifoss squeezes through an incredible 4,400,400,000 gallons of water per day or, 3,059,436 gallons per minute!  Best

Selfoss waterfall is just upstream from Dettifoss.  One of the things that makes this waterfall so spectacular is that it is not just a single waterfall, but a series of small waterfalls.  These waterfalls are approximately 36 feet high (11 meters). 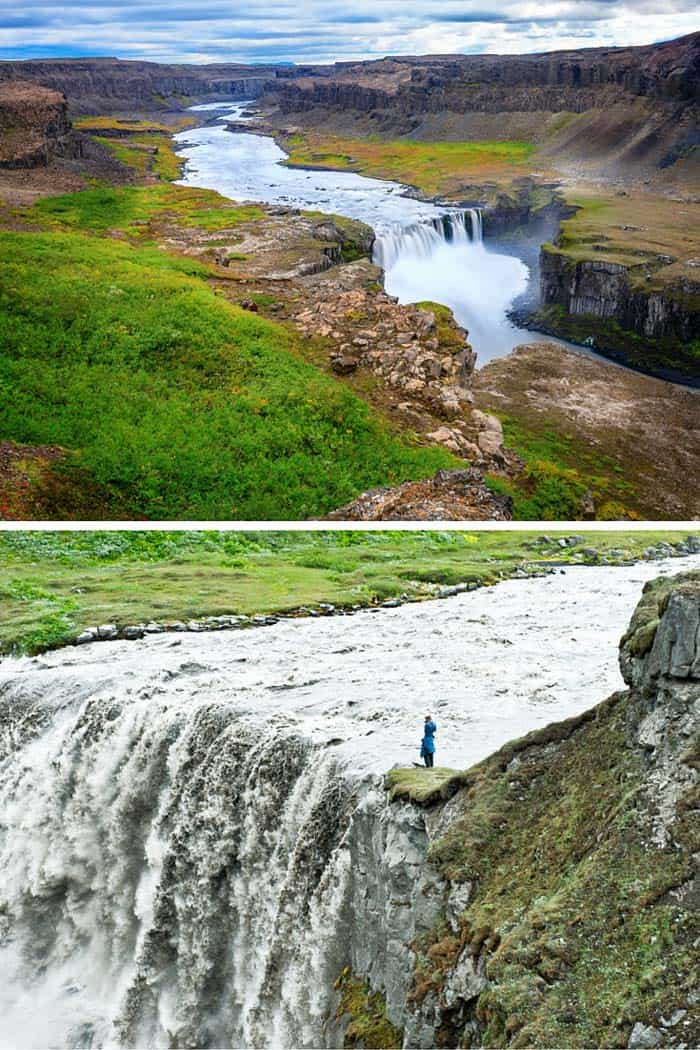 The waterfall has a single drop of 89 feet (27 meters) and has an average width of 300 feet (91 meters).  This incredible waterfall is often overlooked due to its proximity to Dettifoss and Selfoss.  Some people say this waterfall is less scenic than the others, but I have also heard that it is one you should not miss. I’ve found that overlooked places often end up being places that you should see the most.

Has anyone been to this waterfall?  What did you think of it?

For travelers this waterfall is typically a bit out of the way, but what makes this waterfall truly unique are the tall basalt columns surrounding it.  Like Godafoss, the Aldeyjarfoss waterfall is fed by the Vatnajökull glacier. The water flows into a narrow passage before dropping 65 feet (20 meters) into a wide basin.

Seljalandsfoss waterfall of the river Seljalandsá, drops off of a 200 foot (60 meters) cliff into what used to be the coastline.  While it is not the biggest waterfall on the list, it is amazing because there is a loop trail that allows you to go behind the waterfall.  Pictures are possible from any angle!  Warning – you may get wet.

This waterfall produces a lot of mist, which often causes single or double rainbows on sunny days, and embarrassingly was a waterfall we happened upon rather than planned to see.

Háifoss plunges 400 feet (122 meters) over a cliff making it the second highest waterfall in Iceland (Glymur is tallest and also featured in this post). One feature that makes this waterfall unique besides its height is that it has a smaller waterfall named Granni immediately next to it.

Svartifoss is a waterfall in Vatnajökull National Park in Iceland, and is one of the most popular sights in the park.  These basalt columns are formed by lava cooling slowly over time.  Similar columns can be found in Gaint’s Causeway in Northern Ireland.  The columns also provided the inspiration for the Hallgrímskirkja church in Reykjavik Iceland (so beautiful, a must see). This waterfall is about 65 feet (20 meters) high.

Located in southern Iceland, this beautiful multi-tiered waterfall once had a stone arch over the lower drop.  Unfortunately it was destroyed in the 90’s (likely from natural causes).  Although the bridge is no longer there, this waterfall still makes the top of my list.

Gullfoss is deservedly Iceland’s most famous waterfall.  Photos cannot capture just how beautiful this waterfall is in person, or the endless roar it makes.  In person, it is also a lot bigger than the pictures make it seem.  The water is glacier runoff that ultimately flows into the ocean. The average amount of water running over this waterfall nearly doubles in the summer, so imagine twice the volume you see in these pictures. In English, this waterfall means Golden Falls.

Read our picks for the Top 10 Things To Do In Iceland!

I love the double waterfall Hjalparfoss.  The falls are located on the river Fossa, and are surrounded by beautiful basalt rocks.  In English, Hjalparfoss  means “helping falls.” I have no idea what the naming of these falls were intended to help, but they help make an Icelandic vacation great.

Glymur is Iceland’s tallest waterfall coming in at 650 feet (198 meters).  It is not visible from the road so you will need to hike there.  The total hike up to the waterfall is about 3.5 hours, so make sure you are prepared.  If you are staying in Reykjavik, the drive to Glymur is only an hour.

Even though this waterfall is one that doesn’t get seen by as many travelers, it is still worth the visit.  It is easily accessible from the main road, and is also an amazing spot to see the Northern Lights and the famous Mount Kirkjufell.

Dynjandi is the most famous waterfall of the Westfjords, and is one of the most beautiful waterfalls in all of Iceland.  It is actually a cascade of waterfalls (7 of them) that make up a 300 foot (100 meter) drop total.

The photos make it look a lot smaller than it actually is, but it is huge! I tried to find a photo with a person standing in front of it to show the size, but couldn’t find a good one.

Download the 6 FREE tools we used to plan our trip to Iceland!

Almost done! Now check your email to confirm your subscription and download your free copy of the 6 tools we used to plan our trip to Iceland! IMPORTANT - make sure to check your "promotions" folder and spam folder if you do not see the email. 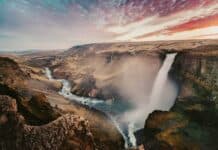 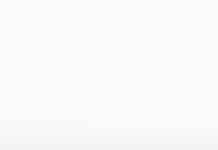 ABOUT US
From spending 4 years bedridden to traveling the world. Helping you discover the world!
FOLLOW US
© avenlylanetravel 2020. All rights reserved.
157.7Kshares